LDIW1 is an interface to manage RGB led strips capable to work with a maximum length of 50 m or a maximum of 100 nodes. Each node can be configured from 1 to NLeds as a maximum of 1.666 Leds.

It incorporates a microSD memory that is used to store the configuration of the RGB Leds.

Using a TXT file you can configure the quantity of nodes and the number of Leds/Node. This file is placed in a microSD memory and inserted in the LDIW1 interface.

The LDIW1 works transparently as one / several nodes (according to the configuration done) connected in the standard PICKBUS network. So the integrator doesn’t has to develop any new software just work like another standard node in the network 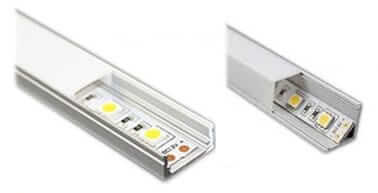 The configuration is made with the following structure: [parameter=value]

LDIW1 virtualizes each location as if it were a standard DPA1 device. Then, its treatment is the same as an standard display letting you use the same protocol and functions.